“I have been wanting to do something like this for sometime but just didn’t know where to start. As you have been out to the school and know the charity that ticks the boxes for me. So yes please, I would like to have more information and get sponsoring.”

I couldn’t predict the impact that initial conversation I had over Facebook would have on my life.

I certainly didn’t think that just over two years later I would be arm in arm in the most warming embrace – my heart expanding exponentially.

We arrived in Nairobi in the early hours of Friday morning. The next destination after a pit stop at a bakery was the Memusi School.

Welcome over. Goosebumps subsided. We followed the headteacher into each of the classes to pre-meet with the children.

Hawk eyes navigating the room – I tried to find the girl that I’d built up a penpal style relationship with.

“Emma – hold on” Sally called after me, when leaving Class 5. “I think we’ve found Magdaline.”

My stomach lurched as Sally told me that during our usual greeting routine. A young girl at the front slightly jumped as she heard my name, before whispering to her friend. In that moment Detective Sally realised that could be my girl.

Straight after hearing this, I felt arms wrap around my waist and there she was. Holding me tightly. The girl who I knew loved football and English and singing and lived in a house made of cow dung! The girl who penned a Christmas card that made me cry. The girl who would set off at 5am to walk to school.

The girl that had locked eyes with me and in that moment no words were needed.

Here I was and here she was. 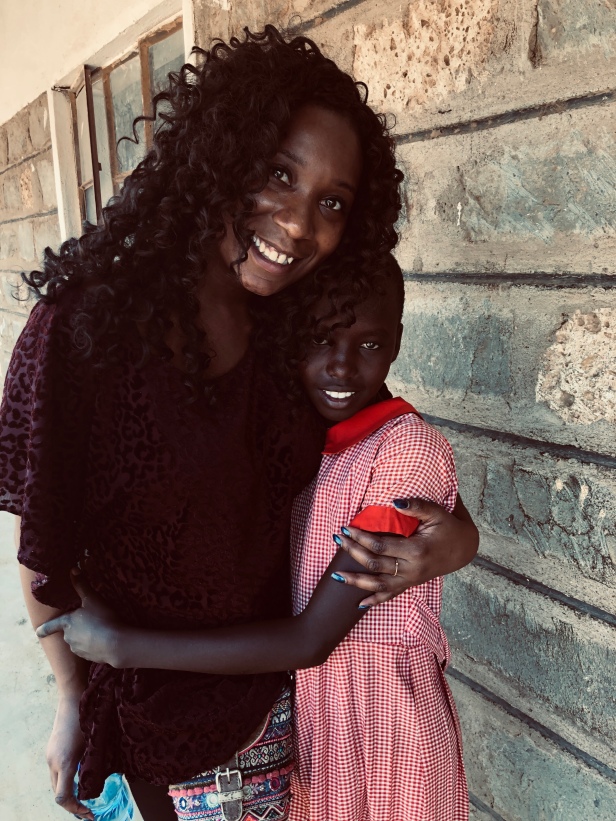 Travel tired, overwhelmed and insanely happy – little did I realise the lessons this girl and other pupils from the school would gift me over the coming week.

Lessons would also come via the other volunteers. Pleasantries, all but left at the airport – back stories, dimensions and layers were added to these people, who would soon become friends.

It didn’t take us long to start joking with each other. Laughing until our sides hurt when the children unbeknownst to them mimicked Lesley’s accent during our introductions.

“LESLEY” they repeated in unison. In strong northern tones. It was perfectly hilarious!

Sally, the wife of the founder of the Memusi Foundation, and our Leader for the week, was also going to be my tent mate. I apologised profusely for what she was about to endure – interrogation questioning about anything and everything. She politely laughed not realising just how inquisitive I could be.

I was once told by a friend’s mum that she felt like she was on a chat show as I was constantly asking her questions about her life. I was basically a Yorkshire Oprah Winfrey!

One of Sally’s roles for the charity is to manage the sponsoring. She told me that of the 370 so children at the school about 200 were sponsored.

When you sign up to sponsor a child the £15 each month goes to the running of the school. Which means that every child, regardless of if they are sponsored, would reap the benefits. The added extra you get from sponsoring a child is finding out about their life and schooling via letters and reports and having the chance to meet them in person.

More laughter which made tears spring from my eyes and my sides hurt came on the Saturday afternoon as we visited the school again to paint some of the buildings. One of the volunteers, Lissa, showed me a photo she had just taken with the girl she sponsors, Mitchelle. The look in Lissa’s eyes set me off and I…COULD….NOT…STOP!! 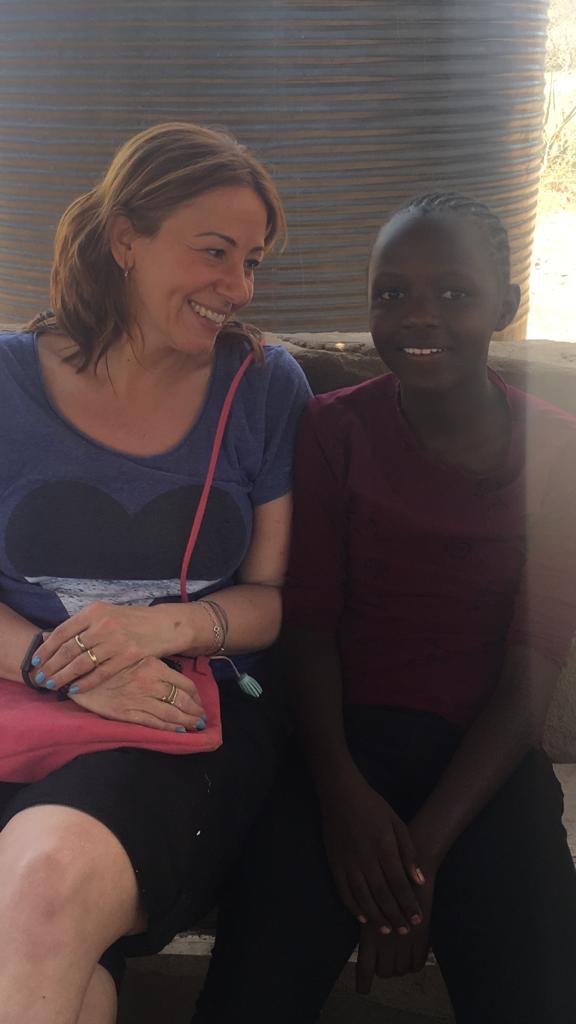 That face. Full of love. Full of pride. Is really what sponsoring a child makes you feel. It’s pure and unfiltered joy and it was a face that would be recreated by many of us through the week!

I was originally meant to be on the volunteering trip in February 2018, which I pushed back to September 2018. When the pattern of pushing back continued. I asked if I could sponsor another child.

I asked for a boy and I was presented with Shishaa.

I hadn’t managed to build up a relationship with Shisaa prior to the volunteering trip – so I appeared as a stranger to him that Monday morning as I introduced myself.

It didn’t take him long to understand that I was his ‘friend’ and throughout the volunteering week, his smile so big and beautifully bright was enough to make the hardest heart melt. At 6yrs old, my conversation with Shishaa was limited but that didn’t stop him following me around the playground and craning his neck from his classroom to see where I was and to beam when we made eye contact.

During the week a few of us volunteered to take the school year photos which was such a rewarding activity as we got to meet every pupil from the school. Stood against the brick wall the individuality of their characters came out. The children diverse: quiet, cheeky, shining, smiling, giddy, shy but all so polite and engaging stood with their names on card as I shouted ‘Checka’ (smile). 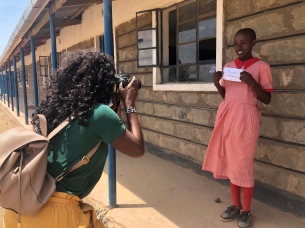 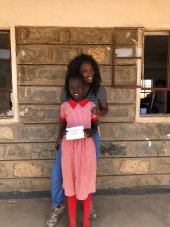 I thanked Sally repeatedly for matching me with such wonderful children but looking back over my time spent with the Memusi children, I realise that regardless of what child I was sponsoring – I would feel the exact same way.

Be it Matthew, or Rose, or Stephanie, or Kerato, or Happiness – my heart would have grown in size.

I said as soon as Monday came round that the week would be over in a flash and unfortunately I was right. Saying my goodbye’s to Shishaa resulted in me meeting his mother as I had given him a gift to give to her and she came to the school to say thank you with a necklace (something that continuously happened as we gifted the community).

Shishaa didn’t fully understand that I was going to be leaving when I said my final goodbye’s and squeezed him tight but Magdaline knew. Her head laid in her friends lap as she didn’t want me to see her crying.

“Magdaline” I said, fighting to get out my words without croaking. “Look at my eyes. I’m crying too”. I took off my glasses to show her she was not alone.

Fighting back the tears we walked hand in hand. I thanked her for the wonderful time we had spent together that week, for her reading to me and introducing me to her friends and I promised I would write to her again, sending her the photos we had taken together. I also told her that I would be back again to visit in year.

We walked over to the volunteer wall. “Whenever you’re feeling sad and you’re missing me. Come over to this wall and find my hand print” I said as I pointed out the freshly made print.

Each day I spent in Kenya, my heart grew and I learnt lessons in love that were previously not existent. These strangers now felt like family and were an added piece of the puzzle to an ever-expanding jigsaw of my life.

Silence ran through the bus as we left Memusi School for the final time. Our hearts heavy, our eyes wet yet our minds full of the most beautiful moments. These children and their families, what they lacked in material wealth, they made up in abundance with their pure hearts – full of love and gratitude. Now that’s a love that I want to get on board with.

To find out more about sponsoring a child visit: www.memusifoundation.org.uk/sponsor

p.s. if you like this or any other posts I have made, I’d love you to join the conversation in the comments below or like/share the post.