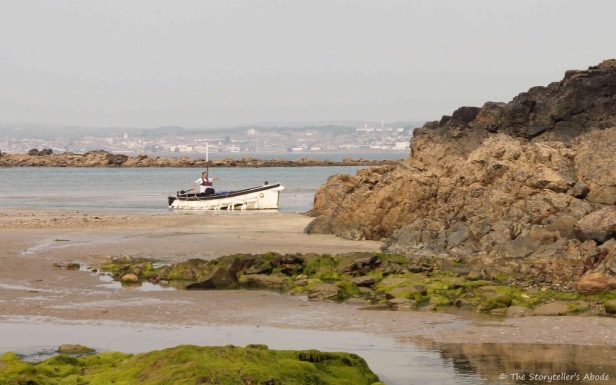 She crouched over, allowing her lungs to take in as much air as possible. She was tired but couldn’t stop now. The cut she had sustained on her leg whilst running away added to the lethargy.

Smells from the shore gave her hope. She could hear the soft night time waves lapping against the rocks. The moon shone between the entangled trees, getting lighter as she neared the beach.

She cursed herself and her quench for an exciting life. Promises of love and laughter soon were lost beyond the sea.

“Adele.” Jessie panted “Hurry up, they’re not far behind us! ”

She picked up pace to join Jessie in the water, wincing as the salt stung her wound. Jessie took charge of the oars when they settled in the boat.

An adventurous, immersive and fun holiday Jessie had described this as. She was still waiting for the latter part.

Looking back towards the shore as the other teams began to emerge, she felt a sense of satisfaction.

Okay winning was quite fun!

As part of my year of vulnerability I am putting myself out there with my writing. Here I am participating in a Flash Fiction for Aspiring Writers challenge. The challenge is to write a piece between 100 and 150 words (+- 25 words) inspired by the photo featured above.